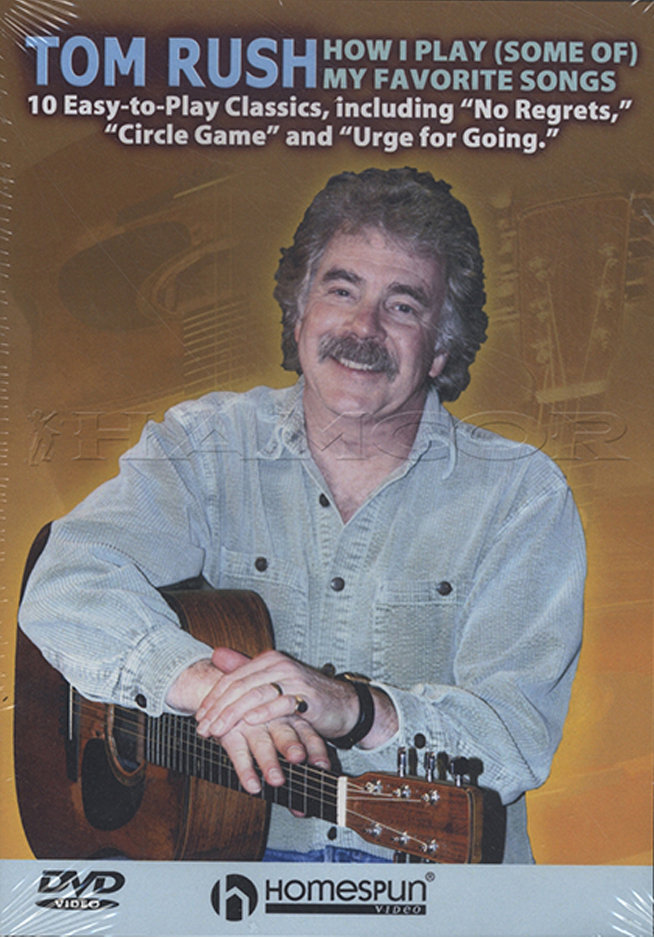 How I Play (Some of) My Favorite Songs (DVD)

Tom Rush has always had an uncanny knack for finding - and writing -wonderful songs, many of which have continued to be played and re-interpreted by new generations of musicians. Play along with him as he personally teaches you ten of the memorable songs and guitar arrangements that have long made him one of America's most beloved performers.

Tom performs these great songs in standard and various open tunings. He then carefully outlines the fingerpicking and flatpicking skills, chord changes, slide playing and other elements that help bring out the essence of each piece.

Players at all levels will learn essential techniques that can be used as a springboard for enhancing all your guitar accompaniments and arrangements.

"Tom was not only one of my early heroes, but also one of my main influences." - James Taylor